A nine-year-old boy has written an adorable letter to National Aeronautics And Space Administration (NASA) asking if he can be hired as a “guardian of the galaxy”.

Jack Davis, who is in the American equivalent of year five at school, wrote to the space agency after they advertised for a planetary protection officer to defend Earth from aliens.

The job was announced last week and promised a six figure salary for someone to take up the role of ensuring humans in space do not contaminate planets and moons, and alien matter does not infect Earth.

In a heartwarming handwritten letter penned to Nasa, little Jack wrote: “My name is Jack Davis and I would like to apply for the planetary protection officer job.

“I may be nine but I think I would be fit for the job. One of the reasons is my sister says I am an alien also I have seen almost all the space and alien movies I can see”.

“I have also seen the show Marvel Agents of SHIELD and hope to see the movie Men in Black.

“I am great at video games. I am young so I can learn to think like an alien.”

He signs the letter off with the words: “Sincerely, Jack Davis, Guardian of the Galaxy, fourth grade.”

NASA posted the note on their Twitter page along with their typed reply, which read: “I hear you are a ‘Guardian of the Galaxy’ and that you’re interested in being a Nasa planetary protection officer. That’s great!

“Our planetary protection officer position is really cool and is very important work. It’s about protecting Earth from tiny microbes when we bring back samples from the moon, asteroids and Mars.

“It’s also about protecting other planets and moons from our germs so we responsibly explore the solar system.

“We are always looking for bright future scientists and engineers to help us, so I hope you will study hard and do well in school.

“We hope to see you here at Nasa one of these days!”.

Thousands of people liked the exchange, with many praising the space exploration agency for “inspiring dreams in children”. 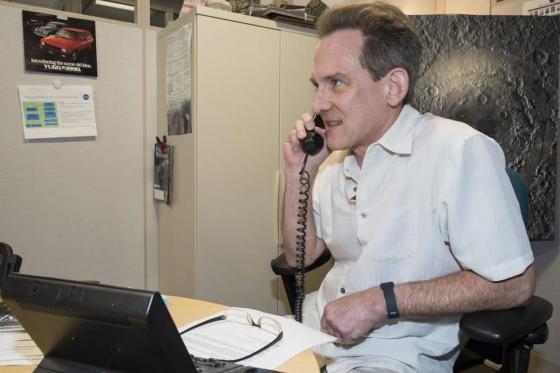 At NASA, we love to teach kids about space and inspire them to be the next generation of explorers,” Green said. “Think of it as a gravity assist — a boost that may positively and forever change a person’s course in life, and our footprint in the universe.”

He also received a phone call from NASA’s Planetary Research Director, Jonathan Rall at NASA Headquarters in Washington, to congratulate him on his interest in the position.

I Did Not Call Advocates Of Restructuring ...